Now He Belongs to the Ages

Now He Belongs to the Ages 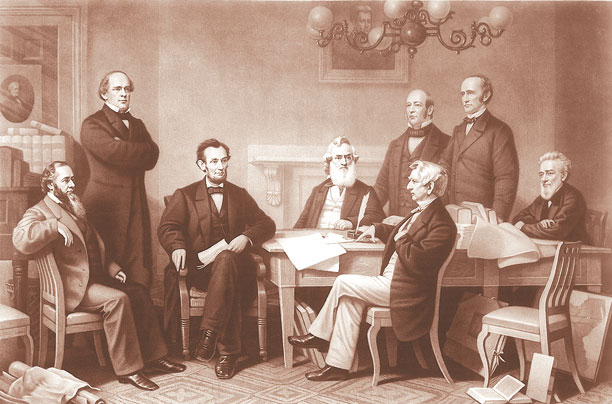 The date was April 15th­­, 1865. The time, 7:22 AM. President Abraham Lincoln’s 9-hour struggle for life was over. At his bedside Edwin Stanton, U.S. Secretary of War softly said: “Now he belongs to the ages.”  It is said that Stanton, Lincoln’s former rival, was seen with tears streaming down his cheeks. In the days that would follow, at just the mention of the President’s name, Stanton would burst into tears. Another profound reaction to the death or our 16th president was found in an editorial in the Richmond Whig which read, “The heaviest blow which has ever fallen upon the people of the South has descended.”

In 1855, President Lincoln first met Edwin Stanton in Cincinnati where both apparently were hired to represent John H. Manny in a patent infringement case brought by the McCormick Reaper Company. Stanton snubbed and actually shunned the future president and worked on the case without him. Rather than return to Illinois offended, Lincoln stayed in Cincinnati to follow the trial, feeling that he could learn a great deal from a lawyer of Stanton’s caliber. When the time came to choose a Secretary of War, the “country lawyer” turned president selected Stanton.

If we take a look at President Lincoln’s cabinet we see, as Doris Kearns Goodwin would write, “a team of rivals.” Three cabinet members were challengers for the 1860 Republican nomination. Ohio’s Salmon P. Chase who became Treasury Secretary, Missouri’s Edward Bates who become Attorney General, and Auburn’s own William H. Seward who became Secretary of State. President Lincoln’s brilliance was in building an inner circle of those who could add incredible talent to his administration regardless of how they may have viewed him. He valued their intellect and the coalition they could help build as he would be faced with guiding our nation through its darkest days. As remarkable as the team they became, was the mutual respect and admiration they developed for each other.

The ability to appreciate a dissenting view while remaining true to your core values and convictions is essential for a leader. President Lincoln knew who he was, and what he believed. He was a man of amazing character and that allowed him to fulfill his God-given mission. Will you allow yourself to grow and develop so that you can reach your full potential?

Don’t forget to listen to tomorrow’s episode of The Next Page podcast when Marisa and I take a deeper dive into this aspect of President Lincoln’s leadership. We will also discuss a great professional development question sent in by one of our listeners. You can find The Next Page on the Apple Podcast App, iTunes, and Google Play.