Daniel Brown of SRC, Inc. Named 2020 Innovator of the Year 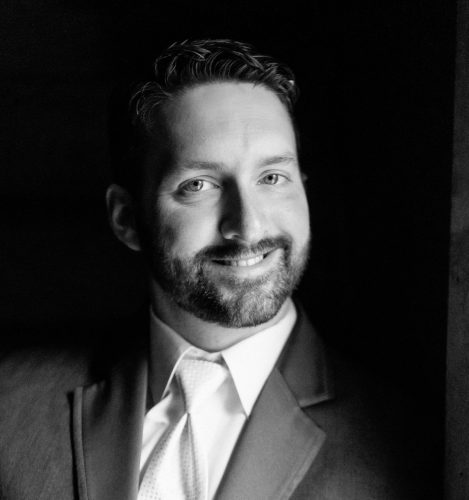 We are pleased to announce that Daniel Brown of SRC, Inc. has been selected as the 2020 Innovator of the Year. Brown was nominated by his co-worker Chris Capraro for his innovative developments in machine learning and neuromorphic computing.

Recently, Dan helped transition state-of-the-art machine learning methods for detecting very small moving objects in infrared camera imagery for testing with SRC’s counter-UAS (C-UAS) technology. This is a tedious task for an operator, which is error prone and fatiguing. Dan’s contributions have already shown significant promise at several C-UAS exercises and may soon help warfighters in the field.

Dan was also able to configure and develop software for a very low-size, weight and power (SWaP) computational system on a chip from NVIDIA called a TX2. This computer hardware uses approximately 10-15W of power, is less than 7 inches square and 2 inches thick and weighs about 3.5 lbs. Dan was able to decode the full video stream, perform machine learning for moving object detection, augment the video with target bounding boxes, and re-encode the video stream in real-time. This is a huge accomplishment and allows SRC to add critical, state-of-the-art machine learning to their existing C-UAS systems with minimal impact on SWaP.

Brown also recently developed, for the first time ever, parallel processing techniques for the neuromorphic True North system. At first, just a couple processors, then 16 and 32 – all working simultaneously. He processed synthetic aperture radar (SAR) imagery/targets, tanks and trucks using the Moving and Stationary Target Acquisition and Recognition (MSTAR) data for automatic target recognition, which he has briefed to military generals, congressmen and more.

In the nomination, Capraro stated, “Dan’s efforts have enabled innovation at SRC and led the way in a variety of ways. Dan has focused his technical work on developing advanced hardware and software technologies that continually contribute to the main and critical objectives of our bio-inspired and machine learning efforts.”

“From all of us at MACNY, I would like to congratulate Dan and SRC on their innovative accomplishments and receiving this well-deserved honor,” stated MACNY President & CEO Randy Wolken. “Again this year, we received nominations for many well-qualified candidates who are considered outstanding innovators by their peers and colleagues. The Committee was thoroughly impressed by Dan’s commitment to innovation and the continued progress and success he has brought to SRC, Inc. On behalf of the MACNY membership, we look forward to recognizing Dan and SRC for their many innovative achievements at MACNY’s 107th Annual Dinner.”

MACNY’s Innovator of the Year Award was created at the suggestion of MACNY member Executives and CEOs, as a way to nominate and recognize individuals within a company who consistently demonstrate forward thinking ideas in the areas of technology, innovation, and advancement of products and production.

As part of MACNY’s tradition, Dan will be honored at MACNY’s 107th Annual Dinner, in front of his colleagues and an audience of over 600 members of the manufacturing and business community from Central and Upstate New York. The dinner will be held at the SRC Arena and Events Center in Syracuse on May 21, 2020. For tickets or additional information, visit macny.org/macnys-107th-annual-dinner/.

Episode 154 of The Next Page is available for download! Download Here: iTunes | Google Play | PodBean After spending some time reflecting on current projects and progress, we've decided to talk about focus today....

Partners for Education & Business, Inc. (PEB), an affiliate of the Manufacturers Association (MACNY), has announced the 2020 CNY STEM Scholarship recipients. For the first time in the history of...