Syracuse, NY– MANUPAC, The Manufacturers Association of Central New York, Inc. Political Action Committee, today released a joint announcement with the U.S. Chamber of Commerce announcing their endorsement of John Katko for Congress in New York’s 24th congressional district. The two organizations endorse candidates based on their records on issues critical to economic growth, including regulatory reform, taxes, infrastructure, domestic energy production, and free trade. The announcement was made today amongst community and business leaders at MACNY member Air Innovation, located at 700 Performance Drive in Syracuse.

Mike Wetzel, President of Air Innovations stated, “On behalf of Air Innovations, we are both pleased and honored to host today’s MACNY and US Chamber endorsement for Congressman John Katko.  In order for any business to grow, it needs to be allowed to operate and expand in a stable business climate. John has been instrumental in advocating for lower taxes, improved infrastructure and repeal of many regulatory burdens that impact businesses like ours, and we are fortunate to have him in Washington representing our best interests”

MANUPAC Chairman Nathan Andrews stated, “On behalf of MANUPAC and MACNY, I am pleased to be standing here today recognizing Congressman John Katko as our endorsed candidate for the 24th Congressional district.  The past two years, our MACNY membership and the Board at large has appreciated a terrific working relationship with John and his staff.  When John has had significant votes come up, he has done exactly what we want in a Representative of our region:  he reaches out to those who it will impact, including us, asks for our input, and then thoughtfully makes a decision on how to vote that will best serve his district and our needs.  John’s clear commitment to our region and his understanding of the Federal process and issues that impact our sector are what make John the best candidate to serve our region.  We are pleased to be here endorsing John, and thank him for his clear commitment to both the region and the manufacturing sector as a whole.”

Stephen McAllister, U.S. Chamber of Commerce stated, “The U.S. Chamber is proud to stand with the Central New York business community and MACNY to support John Katko. Katko has earned a reputation as an independent leader who continues to get things done — from cutting excessive red tape on small businesses, to spearheading legislation to fix our broken roads and bridges, to creating a tax environment for job creators to hire and grow. We’re honored to highlight his record and endorse him here today.”

“On behalf of the Manufacturing Community we are pleased to be standing here today at Air Innovations supporting John Katko for Congress,” stated Randy Wolken, President & CEO of  MACNY – The Manufacturers Association.  “During John’s time in Congress, he has worked tirelessly on behalf of his constituents, to include the hard-working manufacturing community. This coupled with his pro-growth agenda is best suited for the needs of our region’s manufacturing and business community.  The past four years, John has exemplified a pro-jobs and pro-business representative and has championed many of the pieces of legislation that are critical to foster growth and a better business climate for manufacturers.  Most recently, his efforts on tax reform and infrastructure investment which are both key issues for manufacturers.  On behalf of the manufacturers, I am pleased to be giving John our endorsement for the 24th congressional district.”

“I’m honored to have earned the strong support of the local manufacturers and small businesses represented by MACNY and the U.S. Chamber.  Since coming to Congress, I have prioritized creating an environment in which our local businesses can grow, thrive, and create greater opportunities for the hardworking men and women they employ,” said Congressman Katko. “Following passage of tax reform and regulatory relief this Congress, we’ve seen spurred economic growth nationwide with businesses expanding operations and families taking home more of what they earn. I’ll continue to work in Washington to ensure local businesses, like Air Innovations, can compete on the world stage and continue making investments in employees.”

During the 115th Congress, Congressman John Katko received a 93% ranking in the U.S. Chamber’s annual How They Voted scorecard.  The U.S. Chamber of Commerce is the world’s largest business federation representing the interests of more than 3 million businesses of all sizes, sectors, and regions, as well as state and local chambers and industry associations. 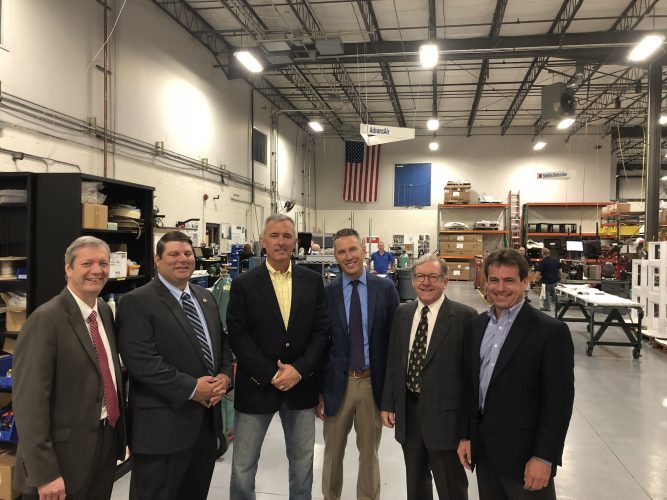 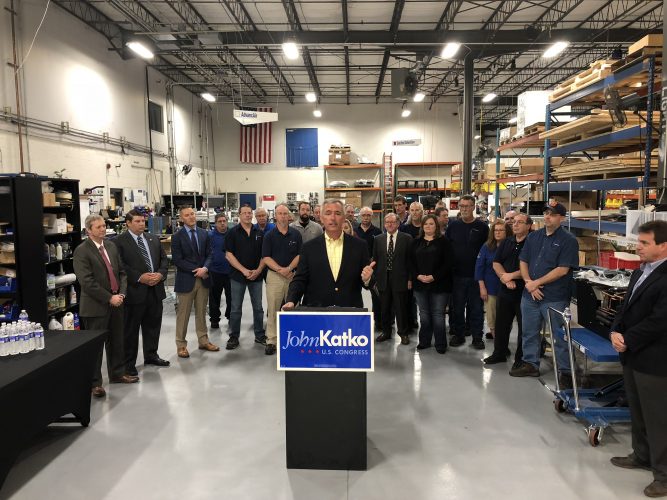