MACNY ANNOUNCES KEITH R. WALTZ OF THE FULTON COMPANIES AS INNOVATOR OF THE YEAR AWARD WINNER
Waltz to be recognized at MACNY’s 105th Annual Dinner 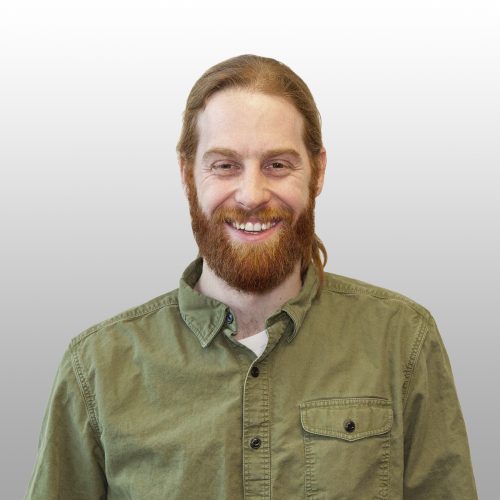 Syracuse, New York- MACNY, The Manufacturers Association, today announced that Keith R. Waltz of The Fulton Companies has been selected as the 2018 MACNY Innovator of the Year award winner. Waltz was nominated by Dr. Carl N. Nett, Ph.D, on behalf of the entire team at Fulton, for his creative and innovative development of Fulton’s breakthrough VSRT steam boiler product line, which has been instrumental in the recent surge of growth and success for the company.

In his nomination, Dr. Nett stated, “Keith was the creative driving force and lead engineer in developing Fulton’s new breakthrough VSRT steam boiler line, the world’s first fully-wetted, refractory-free, tubeless steam boiler. Market response to the VSRT has been overwhelming from nearly day one, with ever-growing demand driving rapid, significant manufacturing capacity expansion at Fulton. Indeed, Keith has owned the VSRT development process from day one – from concept generation through field release – and is well recognized within Fulton as the Father of the VSRT. Simply put, thanks to Keith, it is clear the VSRT will forever change the steam boiler industry, and position Fulton as the global leader in this industry for years to come.”

Throughout his 10 year career at The Fulton Companies, Waltz is described by his nominator Dr. Nett as “an innovator’s innovator.”  In his role as Senior Research & Development Systems Engineer, Waltz has been fundamental in developing processes and implementing new technologies to support ever-growing and changing customer needs in the boiler industry.  Fulton has more than 15 patents pending globally on the inventions that comprise the VSRT boiler, with Keith as the lead inventor on each of these patents.

When submitting the nomination, the team at Fulton was adamant that the success of the Fulton VSRT product line would not have been possible without the exemplary leadership, teamwork, innovation and work ethic of their friend and colleague Keith, and wanted to honor him and his dedication to Fulton’s company success in this nomination.

Dr. Nett concluded, “If I could only pick one engineer from all the engineers I have known in my career to be part of my team, my choice would readily be Keith. It is in my experience – spanning 30 years of leadership in new product development – very rare to come across an engineer that excels in all phases of the innovation process to the extent that Keith does.”

The MACNY Innovator of the Year Award, sponsored by Corning, Inc. was created at the suggestion of MACNY member Executives and CEOs, as a way to nominate and recognize individuals within a company who consistently demonstrate forward thinking ideas in the areas of technology, innovation, and advancement of products and production.  Keith has been coached by and worked closely with his nominator Dr. Nett at The Fulton Companies since 2013.

“On behalf of MACNY, I would like to extend my congratulations to Keith and Fulton on the receipt of this well-deserved honor,” stated MACNY President & CEO Randy Wolken. “We were pleased to receive nominations for many well-qualified candidates who are considered outstanding innovators by their peers and colleagues. The Committee was thoroughly impressed by Keith, and not only for his innovation and the success he has brought to the company, but for the clear respect, admiration, and gratefulness of everything Keith does day in and day out that was exhibited by his nominator, Dr. Nett, on behalf of the whole team at Fulton.  On behalf of the MACNY membership, we look forward to recognizing Keith and The Fulton Comapnies for their many innovative achievements at MACNY’s 105th Annual Dinner.”

As part of MACNY’s tradition, Keith will be honored at MACNY’s 105th Annual Dinner, in front of his colleagues and an audience of over 600 manufacturers and business leaders from Central and Upstate New York. The dinner will be held at the SRC Arena and Events Center in Syracuse on May 24th, 2018. For tickets or additional information, please contact Cindy Nave at 315.474.4201 ext 11, or [email protected]

The Fulton Companies is an American multi-national group of companies headquartered in Pulaski, New York, USA. Fulton researches, engineers, manufactures and sells complex heat transfer equipment for a wide range of commercial and industrial applications. Today, Fulton operates facilities in five countries, and has served as an industry leader of emerging heat technologies for more than 60 years.

Learn to Enjoy Your New Workday

Learn to Enjoy Your New Workday Randy Wolken, President & CEO If you are like most of us, your former ordinary workday was not like it is now, but rather...

Episode 154 of The Next Page is available for download! Download Here: iTunes | Google Play | PodBean After spending some time reflecting on current projects and progress, we've decided to talk about focus today....