On October 3rd, the Syracuse P-TECH freshmen teamed up with 18 Career Coaches to work on a design challenge: the Bucket Tower Project.

Using straws, tape, and a plastic cup, each team had to construct the best design to build a strong “tower” that could support the most amount of pennies placed inside of a plastic cup that was attached to the top of the tower.  Teams were given several chances to practice before weighing their final try.  Many thanks to the participating Career Coaches who are building not only towers but also relationships with the students: 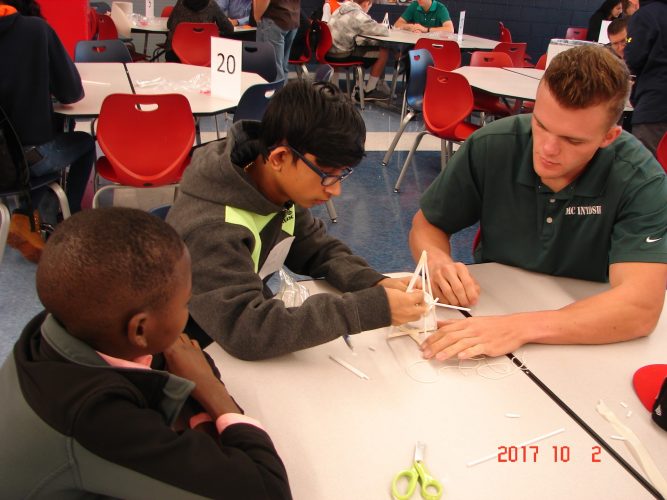 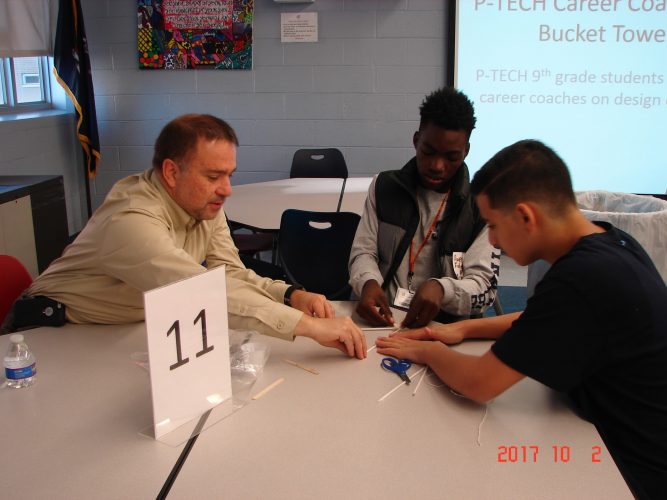 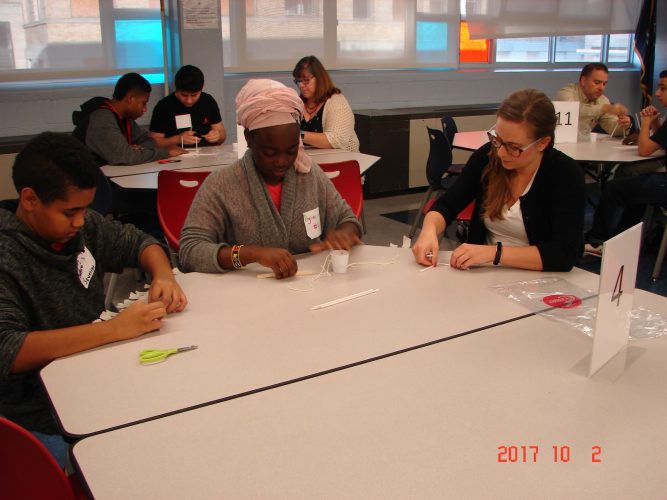