Once a year, the Ephesus Lighting career coaches visit the Institute of Technology at Syracuse Central and design an exclusive challenge for the students to solve.  This year Ephesus chose to hold a Gumdrop Bridge Challenge.  Each team was given a cup of gumdrops and some toothpicks which were used to design a “bridge” that could span an eight-inch chasm. The goal was for students to make a bridge as strong as possible, but at the same time, have gumdrops left in the cup to use as weights to test the strength of the bridge. The bridge that could accommodate the most gumdrops without collapsing was the winner. Students showed their engineering skills by drawing their designs, testing them, and adjusting their bridge before the final weigh in. At the end of the challenge, there were three first-place contenders, so Ephesus had the students add some nuts and bolts to the weight to see whose design was more structurally sound. The winning team held over a pound of nuts and bolts. Thank you, Ephesus for another memorable project. 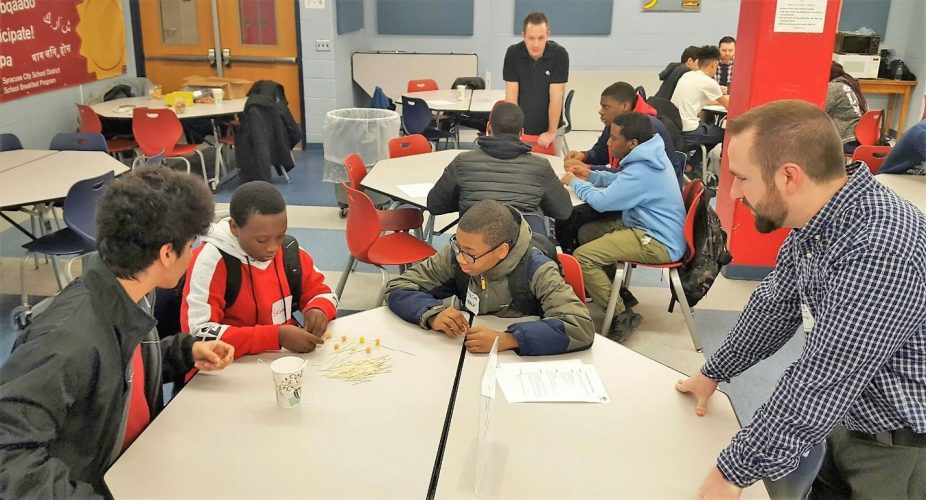 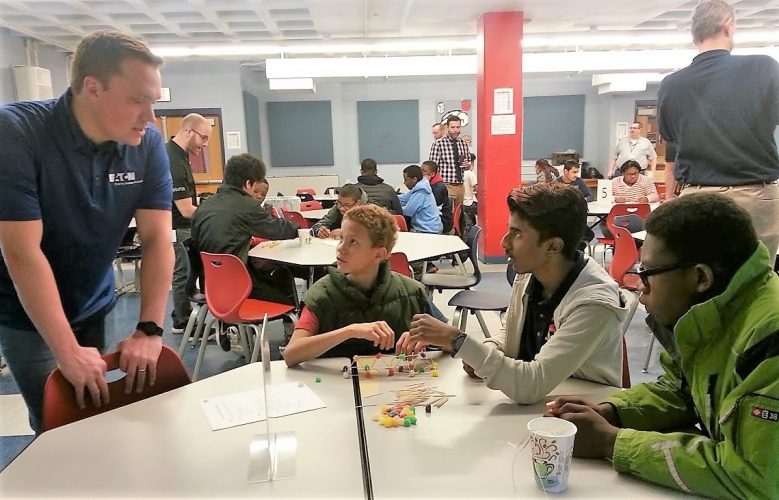 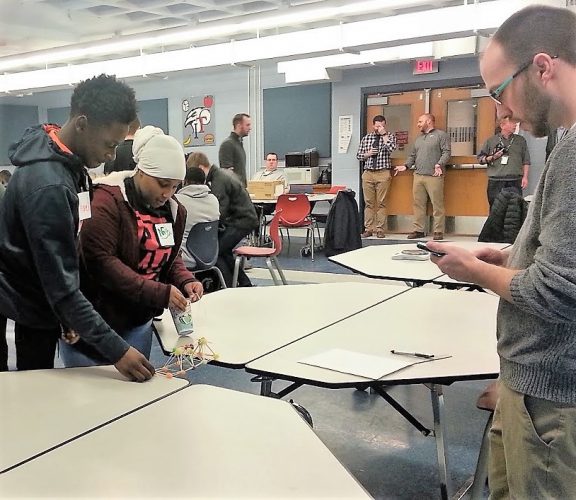