We are pleased to announce the 2019 inductees for the Manufacturers Wall of Fame. Patrick Morocco of Bartell Machinery Systems, LLC and Rick Harrington, recently retired from The Raymond Corporation, will accept their awards at MACNY’s 106th Annual Dinner on May 23, 2019. Their accomplishments will be celebrated by over 600 business and community leaders and they will be commemorated with a plaque on the Manufacturers Wall of Fame at MACNY headquarters.

“The Wall of Fame Selection Committee is pleased to announce Pat and Rick as our 2019 Inductees into the Manufacturers Wall of Fame,” stated Randy Wolken, MACNY President & CEO. “Bartell Machinery and The Raymond Corporation are two outstanding manufacturers, and it is no coincidence that Pat and Rick have been integral to their success. Their ability to lead through the many changes and challenges of manufacturing is a testament to their leadership skills. On behalf of the Wall of Fame Selection Committee and the entire manufacturing community, I would like to congratulate Pat and Rick on this well-deserved induction into the Manufacturers Wall of Fame. We look forward to honoring their dedication to manufacturing and their achievements at MACNY’s 106th Annual Dinner.” 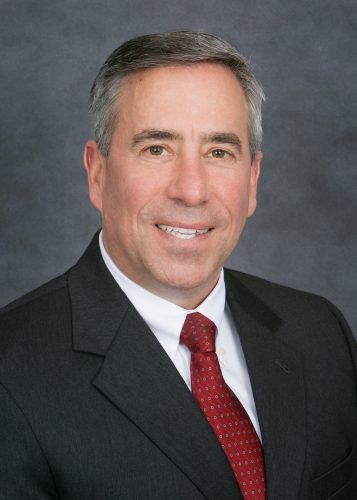 Since graduating from the United States Naval Academy, Patrick Morocco has spent over 32 years in executive leadership for both private and publicly held domestic and international companies. In 2013, Pat took the “helm” of Bartell Machinery Systems, a company located in Rome, NY that specializes in the engineering, design, and manufacturing of complex industrial machinery systems. As President, Pat places a priority on safety, employee engagement, and fostering a positive work environment to promote innovation, leadership development, and career advancement opportunities. During his tenure, Bartell has achieved year-over-year record results and expanded its market presence in China, India, Brazil, and the Middle East. Pat has been a long-time advocate for manufacturing businesses in Central New York and the vital role they play in our community. He vigorously supports STEM and workforce development programs to promote opportunities for the next generation of manufacturing professionals. Pat serves as Vice Chairman of the MACNY Board of Directors and is also an active member of MACNY’s Executive Committee, member of MIPAC, and President of USNA CNY Parents Club.

Pat was nominated by Jeffrey DiOrio, Vice President of Finance at Bartell Machinery, who stated, “Pat is an inspirational leader who truly cares for his fellow Bartell employees. He sees us all not only for who we are, but for the potential each of us has to become greater. Pat has a sincere and deep concern for our well-being and safety, and works tirelessly to make sure that Bartell is both a safe and fun place to work.” 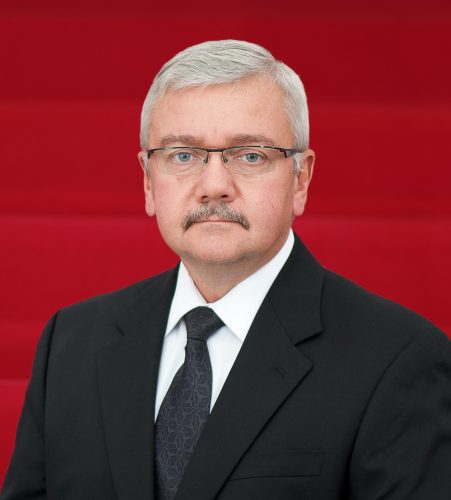 Rick Harrington joined The Raymond Corporation in 1983 and served the organization for more than 30 years. In February 2019, Harrington retired from his position as Senior Vice President of Operations—a role he took on in 2015. Previously, Rick was the Vice President of U.S. Manufacturing, and prior to that Vice President and General Manager for The Raymond Corporation’s Greene, New York operations group. Rick helped form Raymond’s vision for the future of manufacturing and led the way to the state-of-the-art operation Raymond has today. Rick’s guidance, leadership, and teamwork have led to Raymond demonstrating its world-class manufacturing capabilities. Under the mentoring of Toyota’s Sadao Nomura, Rick has led the T.P.S. (Toyota Production System) and Lean Manufacturing initiatives at The Raymond Corporation. The Greene facility has been recognized as a 3-time winner of the Frost and Sullivan award for Manufacturing Leadership, The Industry Week award for Best Plants, and The Toyota Presidents Award. In addition to all Rick has accomplished, he is a frequent guest lecturer for the Operations and Strategy classes held at Binghamton University, and a Board Member of MACNY.

Rick was nominated by Lou Callea, VP General Counsel for The Raymond Corporation. In his nomination, Lou stated, “With a passion and drive for manufacturing excellence, Rick looks to inspire the future manufacturing workforce and has been a game-changer in our industry, which makes him an outstanding candidate for MACNY’s Manufacturers Wall of Fame.”

Morocco and Harrington will represent the nineteenth class of members inducted into the Manufacturers Wall of Fame, joining a prestigious group of manufacturing leaders who have been honored since the Wall of Fame’s inception in 2001. The Manufacturers Wall of Fame celebrates individuals who have demonstrated long-term dedication to manufacturing in Central and Upstate New York. Previous inductees will also attend and be recognized for their lifetime achievements at MACNY’s Annual Dinner.

The Annual Dinner and Wall of Fame Induction Ceremony will be held at the SRC Arena & Events Center on May 23, 2019. For tickets or additional information, contact Julianne Pease at 315-474-4201 ext. 19 or [email protected].

Supply Chain Challenges Are Everywhere Randy Wolken, President & CEO Are you feeling the pain from a disrupted supply chain? I bet you are. Most of our members are, and...

MEMO OF SUPPORT: Tax Parity for All New York Manufacturers

The Most “Wonderful” Time of the Year?

The Most "Wonderful" Time of the Year? David Freund, Chief Leadership Officer If you have been reading my emails or following The Next Page podcast for any length of time,...