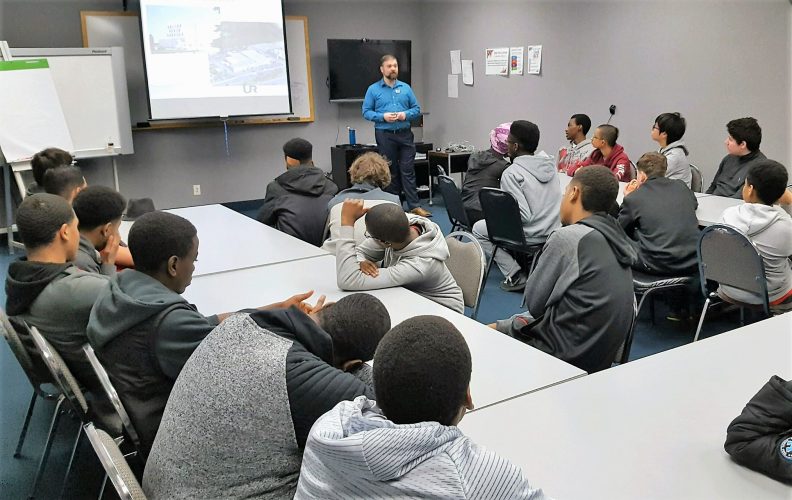 The Syracuse P-TECH Program freshmen visited United Radio on April 4th.  The students were amazed to learn about all the things United Radio does – from two-way radios and repairing gaming systems to equipping police cruisers.  The students also gained an appreciation for electrical engineering as they were shown the Automotive Electronics and Consumer Electronics divisions at United Radio, which offer a wide range of services for their clients.

The students took a special interest in United Radio’s Automotive Division.  The students learned that police cruisers don’t come equipped from the factory, but they stop in to United Radio before being activated into service.  The technicians showed the P-TECH class how the technicians prepare and equip police cruisers for the job they have to do.  Technicians explained all the special features that the police need for their cars, from the fans that keep the dogs cool in the K9 units to the radios, cameras, and light bars.  Thank you to James Branche and all the staff at United Radio who made this experience possible.