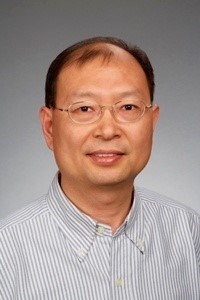 We are pleased to announce that Dr. Chao Wang of Cryomech, Inc. has been selected as the 2019 Innovator of the Year. Wang was nominated by his co-worker Tabitha Sebastino for his innovative developments in cryocooling.

Dr. Wang’s earliest monumental innovation was the commercialization of the two-stage 4K pulse tube cryocooler, which has been instrumental in securing Cryomech’s position as a world leader in cryocooling and ultra low temperature applications. The next outstanding example was Dr. Wang’s achievements in the birth of the first laboratory scale reliquefiers which created a whole new product line of liquid helium solutions for Cryomech. This innovation was first applied at the Amundsen-Scott Science Research Station in the South Pole to prevent boil off of their liquid helium supply, ensuring they had sufficient quantities when deliveries were not an option. More recently, Dr. Wang is recognized for overseeing last year’s launch of the PT420 and AL630 cryocoolers—the largest cryocoolers of their type in the world.

Dr. Wang has won many awards for his work including the Roger W. Boom Award and the Humboldt Award for Outstanding Young Scientists. In the nomination, Sebastino stated, “Chao is driven by innovation and tackling tough design challenges. Talking to people at conferences and seeing how we might be able to help the research community excel is something he enjoys immensely. He is proud of how much Cryomech has accomplished and looks forward to seeing what they can achieve in the future.”

In his role as Chief Technology Officer, Dr. Wang has been fundamental in developing and implementing new technologies to support customer needs, while also differentiating Cryomech as a leader in cryocooling.

“On behalf of MACNY, I would like to congratulate Dr. Wang and Cryomech, Inc. on receiving this well-deserved honor,” stated MACNY President & CEO Randy Wolken. “We received nominations for many well-qualified candidates who are considered outstanding innovators by their peers and colleagues. The Committee was thoroughly impressed by Dr. Wang and his many innovations and the continued success he has brought to Cryomech. On behalf of the MACNY membership, we look forward to recognizing Dr. Wang and Cryomech, Inc. for their many innovative achievements at MACNY’s 106th Annual Dinner.”

The MACNY Innovator of the Year Award, sponsored by Corning, Inc., was created at the suggestion of MACNY member Executives and CEOs, as a way to nominate and recognize individuals within a company who consistently demonstrate forward thinking ideas in the areas of technology, innovation, and advancement of products and production.

As part of MACNY’s tradition, Dr. Wang will be honored at MACNY’s 106th Annual Dinner, in front of his colleagues and an audience of over 600 manufacturers and business leaders from Central and Upstate New York. The dinner will be held at the SRC Arena and Events Center in Syracuse on May 23, 2019. For tickets or additional information, please contact Julianne Pease at (315) 474-4201 ext. 19, or [email protected]

Integrate Sales and Marketing Teams into your Strategic Operations

By Laura Thorne, MACNY Consulting Partner I recently introduced the Strategy Design Lab workshop to the sales and marketing teams of a mid-size organization. Going into the meeting they had...

Learning From a Different Place – Part 8

Learning From a Different Place – Part 8 David Freund, Chief Leadership Officer Just as a reminder to those who may have missed it, I am revisiting John Maxwell’s book,...