October began the sixth year of providing 9th and 10th-grade P-TECH students with mentoring from Career Coaches from the community.  The sophomore class had a “Bucket Tower” challenge that tasked the students and coaches with designing and building a paper tower that could support the most coins in a “bucket” suspended from the top of the tower.  Coaches and students were divided into small teams, with the coaches assisting in providing advice on designing a tower and how to reinforce its strength.  Each team’s project was tested on a scale that weighed how many coins their tower could sustain before collapsing. 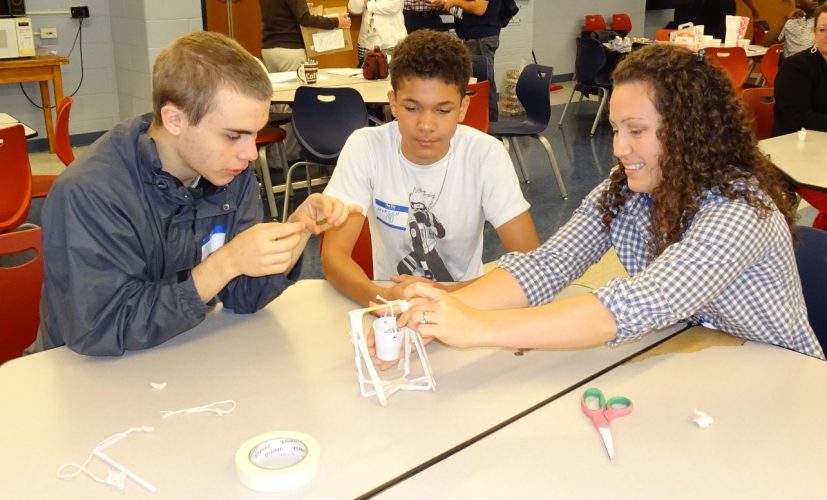 The P-TECH freshman class (the largest ever – 53 students!) had a different project that involved listening and communication skills.  In small teams, students were paired with a Career Coach who they “interviewed” about the company they worked for and the career they have.  Though they had pre-set questions, many of the students expressed their interest in learning about the coaches’ jobs and provided their own questions.  Career Coaches were encouraged to bring in a piece of equipment, visual aid, or another item that would help students relate to the job they do or the product(s) manufactured at their company.  The students will take this information and develop Prezis which will then be presented to Career Coaches in November for their feedback. 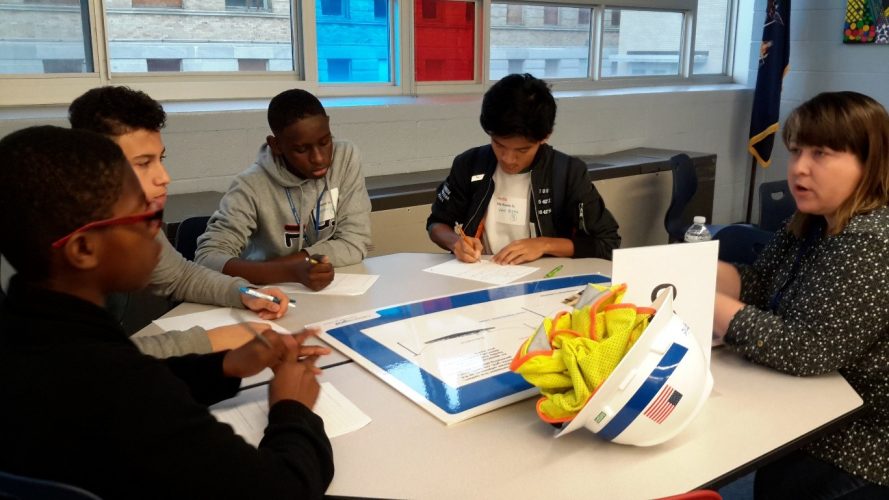