Stop Calling Yourself a Leader Without Considering this First 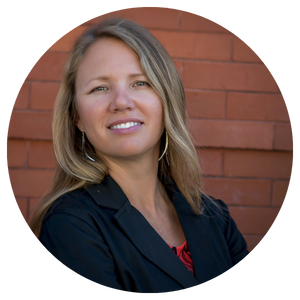 William Wallace, a medieval Scottish knight, is still remembered as an influential leader and hero in the modern day, and is famously portrayed by Mel Gibson in the film Braveheart. After a successful military rebellion against English rule in Scotland, Wallace attracted many supporters. However, though he’s considered a national hero of Scotland today, Wallace didn’t originally hold an official leadership position. He wasn’t knighted until after achieving success as a leader. He was, however, a person with passion and drive. People followed him because they believed in his cause and supported his actions.

Today, in addition to who we  consider leaders in the traditional sense (politicians, teachers, managers, bosses, etc.) there are influencers, thought leaders, and YouTube celebrities. Like Sir Wallace, in a much less glamorous way, these are people who lead through personality whose followers are typically looking to them to help better their lives in some way.

Often, when someone adopts the mindset that they are a leader, they also begin to see themselves as the person in charge, the boss, the decision-maker. They succumb to their ego. When this happens, their behavior can become unappealing and uninspiring to others. They unwittingly flaunt their authority and end up creating a divide between themselves and the people they should be answering to.

I recently overheard a business owner begging their team to get more work done by exclaiming, “I have done all of this work for you, and I need you to step up.” This is someone who’s focused on themself as the leader, and thus missing the opportunity to motivate effectively. Plus, it shows what they really care about. This is something that happens all too often.

You can’t be a leader without your employees, constituents, or students. Further, let’s not refer to them as people you lead, but people who are affected by your influence. When framing leadership this way, we’re no longer just looking at titles. As the eldest of 4 siblings, I was the leader, but not by title or authority. That was just the way it was because as the oldest, the others looked to me for guidance; they made me the leader, I did not assert it.

Just because someone is attached to you on an org chart doesn’t mean you lead them. That in itself entitles you to nothing. You shouldn’t strive to be a leader so much as you should strive to be someone worthy of influencing others. Your influence with others should grow naturally from your passion and your ability to take action.

What does this type of leadership look like in practice? How can you apply these principles to your daily work?  Here are a  few suggestions:

This is a principle I’ve written about before in relation to other topics, including productivity and hiring. The best way for you to empower your employees is to let them work on their own. The more responsibility your employees have on projects, the more motivated they will be. Delegation is an important part of any leadership position, but it doesn’t have to involve micro-managing. This will also benefit your organization in the long-run. It’s in your best interest to create employees who are self-sufficient.

As a leader, you have the final say in important decisions. However, your leadership position doesn’t exist in a vacuum. Make sure you allow your team to weigh in on decisions that affect them. Rather than simply telling them what is going to happen, involving your employees in the decision-making process will give them a sense of agency and belonging in your organization. It will also provide you with valuable perspectives. As a leader, you want to make sure that you’re not disconnected from the rest of your organization.

We all know the feeling – Sending an email to a notoriously unresponsive boss or co-worker and waiting days, without much hope, for an answer. Make sure no one sees you this way as a leader. Work can be busy and you may not always have the time to get right back to people. That’s fine, and your employees should understand. However, as someone with authority, you need to make sure you’re accessible. Find a routine that works for you in responding to internal communications. Ideally, you can avoid an email backup by setting people up for success in the first place. The more independent your employees are, the less they’ll need from you.

Be accountable to your team.

As a boss, you probably give your employees regular feedback on their job performance. But do you ever give them the chance to do the same for you? Everybody can benefit from constructive criticism, and the same is true for leaders. You don’t necessarily need to ask for a formal evaluation, but you should give your employees the opportunity to voice their opinions on your leadership. It’s great to tell them that you’re always open to feedback, but they probably won’t feel comfortable broaching the subject without an explicit opening from you. If possible, be specific. Ask questions like, “Is there anything I can do to help with your current project?” and “What do you think of our approach to X issue?” If you’re feeling particularly daring, you could even create an anonymous survey for your employees to share their thoughts on your leadership.

Language is important in creating respect. For example, in German, the formal form of you (Sie) is always capitalized. The informal form of you (du) does not have to be capitalized, but sometimes is to show politeness. Demonstrate respect for your employees through your language. Avoid overusing I and me. This gives the impression that you operate completely independently from your team. Instead, try to use unified language like we and us more often. This will communicate to your employees that you want to operate as a unified group. This is also an opportunity for you to reflect and make sure that your language is consistent with your actions: Are you including your employees in decision-making, addressing their complaints, and listening to their feedback?

Remember, as a leader you may be important, but you’re nothing without the people who helped get you where you are and the people looking to you for guidance. As in Knighthood, the title must be bestowed upon you, lest you bear it fasly. Focus on what matters- your influence in the lives of others and your own self improvement – and the title shall be earned.